One of the world’s most beloved and influential synths, the DX7 was initially released in 1983 and is famous for pioneering FM (Frequency Modulation), a form of synthesis that was previously unexplored. This synth was released during the techno-pop movement’s peak years, and is an instrument designed to fit the times. Boasting 61 keys, 16 polyphonic voices, and a powerful VCA packed with a six-envelope generator, the DX7 embodies the intrepid electronic-driven sound of the 80’s and still informs music in a huge way today.

Arguably responsible for kicking off the FM synthesis revolution, the DX7 has earned some notable fans over the years, including the Beastie Boys, Brian Eno, and the Crystal Method. With shimmering sine-wave synthesis offerings, the DX7 provided a stark contrast to conventional synth instruments of the 80’s, and was the first commercially successful synthesizer. It features plucked sounds that place organic instruments in a compelling, futuristic context, MIDI capability, and customizable programming options over its six sine operators. By all measures, the DX7 defined much of what we know and love about 80’s music and continues to influence today’s generation of musicians and producers. 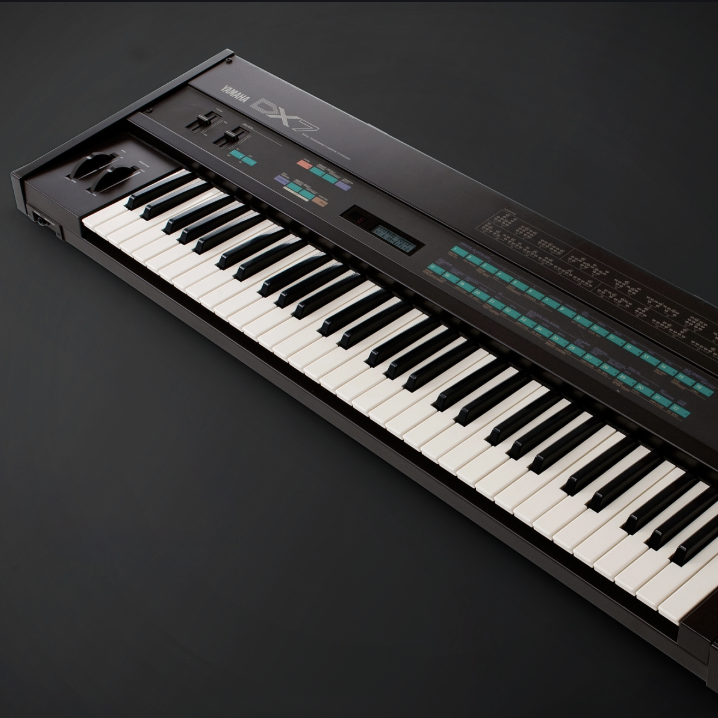