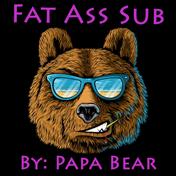 Here's an adjustable instrument rack I made for a fat ass sub. It really stepped my sub bass game up when I came up with it so I thought i would share it. I also hope that people don't just use it but learn from it and adjust the sound to make it their own. Here's what's in it:

Main controls: dist drive = drive of the distortion Saturation = Control the inverse relationship between the Saturation's gain and output

dist drive makes it crunchier while saturation makes it more audible in a smoother way.

dist env and dist Bias are related to each other (one affects the other), so play around with these at the same time. If you turn either of these knobs to the right, the low end can disappear, although the effect of one verses the other sounds different. Dist tone makes the higher frequencies louder.