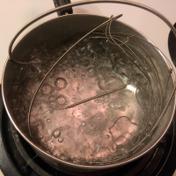 Requires Plogue Sforzando version 1.809 or newer for all the controls to function, but the basic one-voice mappings should be usable with any SFZ-compatible sampler. Free download, open source and royalty-free for all commercial and non-commercial use, including conversion into other sampler formats and redistribution as part of larger sample libraries, though Space Coyote might make a Kontakt version himself at some point.

To celebrate the first anniversary of Karoryfer Samples, we're releasing our biggest sample library to date as well as our first intercontinental collaboration. Pastabass is over 700 samples of a Squier Bass VI recorded by Space Coyote. The Bass VI is an odd instrument - with a 30" scale length and tuning one octave below a standard guitar, Fender called it a six-string bass when they released it in the 1960s but in modern terminology it's really more of a baritone guitar than a six-string bass. It can be used like a big deep guitar, or a thumpy bass.

The four types of pasta included are, from brightest to darkest:

It's a good thing there weren't many more, as we'd have to start naming them after increasingly obscure pasta types. There's also a combo platter of up to three fetuccine and three spaghetti voices plus extra controls including AHDSR envelope and both high-pass and low-pass filters. It can sound like a very organic chorus effect, or like a weird synth.

The samples are 44.1 kHz, 24-bit WAV files. There are, depending on the articulation, 3-4 round robins and 3-4 velocity layers. The mappings are SFZ. The whole library is 711 MB, and the compressed download size 621 MB.

And two demos, one rock and one classical waltz played by three Pastabasses.

The below track uses Pastabass for one layer of the distorted guitars, and also uses several of our other libraries: Emilyguitar, Shinyguitar, Growlybass, Blackheart, Cowsynth and the cello.