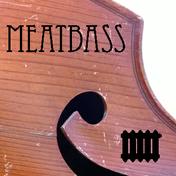 Arco is five velocity layers with two round robins across four octaves, pizzicato is four velocity layers with four round robins across three octaves, and percussion is eight different sounds with five round robins. All that adds up to a total of 434 samples (though there are more files as there are looped and unlooped versions of some bowed samples) and a 242 MB download. The bass was tuned in fifths, one octave below a cello, so the range of notes sampled goes down to C instead of the standard E, but the C string was also sampled tuned down to A.

In addition to basic arco and pizz mappings, there are also three-voice and six-voice versions. They don't sound like a very realistic bass section, but they are great at making huge, wide and organic basses for EDM or hip-hop. All controls are mapped to MIDI CC.

There's also an earlier sample library of the same bass which is less polished but that sometimes has its advantages - the loudest velocity layers are downright excessive, there are also various scratchy bow noises, and it generally has a wilder, sloppier and brighter character.

17 of these samples were also used to make Ironface, which is kind of a fake synthesizer made from real bowed bass samples.

Requires Plogue Sforzando version 1.845 or newer. Free download, open source and royalty-free for all commercial and non-commercial use, including conversion into other sampler formats and redistribution as part of larger sample libraries.

This demo is all Meatbass all the time.

And here's not a demo but a "real" song using Meatbass, SM Drums and a tiny tiny bit of Fashionbass and Emilyguitar buried in the background.

And a track using the six-voice pizz mapping with detune as more of a synth-style bass, along with some String Cyborgs, Weresax as the saxcordion, and both Shinyguitar and Emilyguitar.